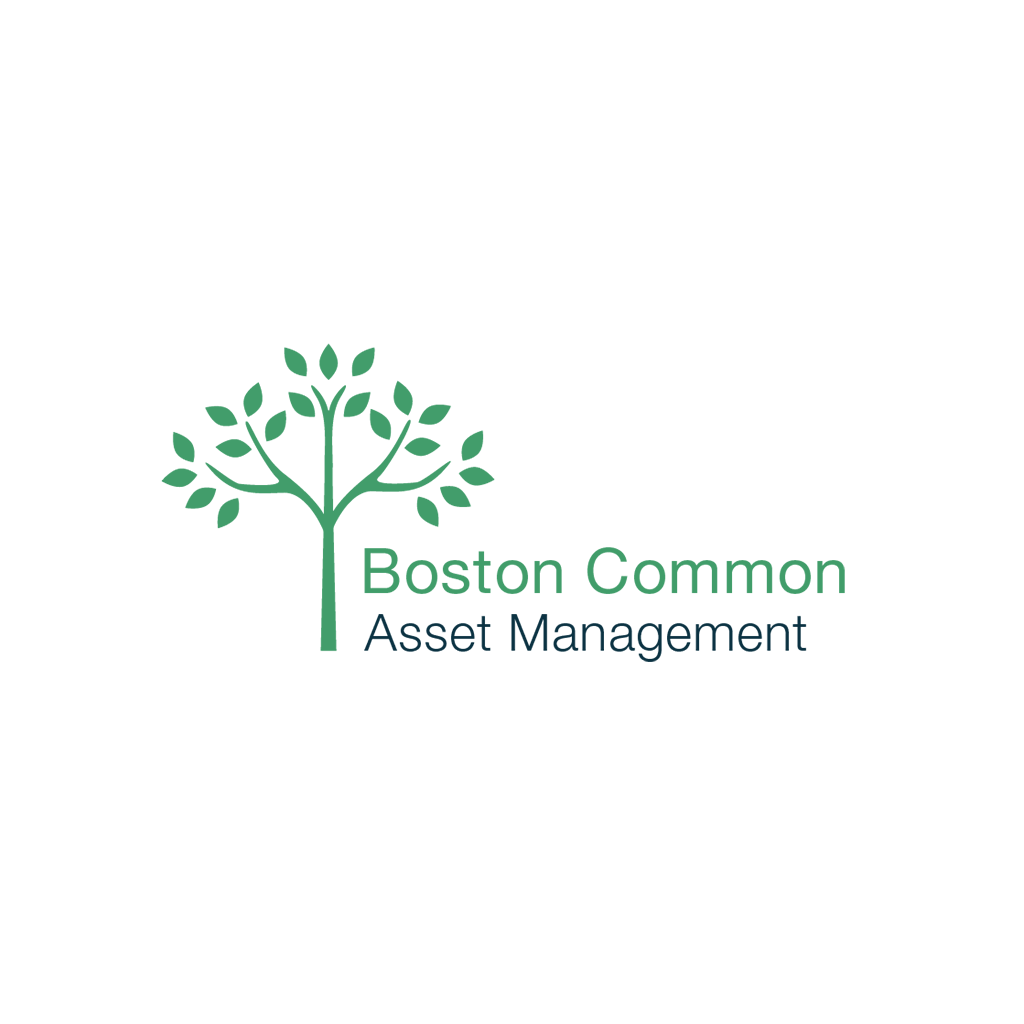 Boston Common Asset Management is an investment management firm with offices in Boston and San Francisco. It joined the Net Zero Asset Managers Initiative on 29 March 2021 and its initial target disclosure was published on 1 May 2022.

initially committed to be managed in line with net zero

currently committed to be managed in line with net zero

67% of our holdings have a climate commitment or target

• 35% of which are approved SBTs
• 32% of which are either committed SBTs or considered an ambitious target
• 18% of our holdings do not have any target.
• 13% have some sort of target and are aligned with net zero decarbonization pathway by 2050.

By 2025 to have engaged the 31% of portfolio holdings* (in covered AUM) that either have no target or have an insufficient target to move to either a Science-Based Targets initiative (SBTi) target or equivalent and to increase the % of firm level holdings from 67%** to 90%.

*The actual engagement target list is subject to change for example if we discover they have already adopted a target or if the holding is no longer held we would deprioritize engagement.
**67% of our firm level holdings (as of 12/31/21) have a climate commitment or target
• 35% of which are approved SBTs
• 32% of which are either committed SBTs or considered an ambitious target

At this time, we decided to not include fixed income and several sub-advised strategies (which have other impact guidelines). In future years, we will consider adding Scope 3 into assessment and target-setting under NZAM as data quality and company disclosure expands on Scope 3. One of our key engagement focus areas is for companies we invest in to expand their GHG emissions disclosure and target-setting to include Scope 3.

While we did not set a temperature alignment goal under NZAM, our assessment at the firm and portfolio strategy level does monitor and compare the scenario alignment for current and future portfolio greenhouse gas emissions with the carbon budgets for the IEA Sustainable Development Scenario (SDS), Stated Policies Scenario (STEPS) and the Current Policies Scenario.

This AUM exposure represents the total of our in-house actively managed public equity investments but does not include fixed income exposure. It also excludes an externally managed small cap strategy and a passive index product that has other impact investment criteria.

Yes. As of the end of 2019 we adopted a guideline to no longer invest in fossil fuels for all our in-house actively managed strategies.

See pages 3 and 4 of ICAP for more details.

The 93% of covered AUM linked to NZAM commitment is covered by these policies.